Friends as much we known about Our Moon , that much is still missing about  the oceans on the earth . I am saying this because we took many decades to discover about the mysterious things on the earth like Bermuda and Dragon Triangle present in the oceans.

Hello friends you are heartily welcome on our blog SuperArticlesIndia .
About Bermuda Triangle !
Friends we will firstly talk about the Bermuda Triangle and then will come to the mysterious Dragon Triangle. It is one of most mysterious things on the earth present in the Atlantic Ocean  has been a mystery .Any Aeroplane passing above this region gets in the Missing mysteriously (Gayab Ho jata hai ).
Friends ,Bermuda Triangle is the imaginary shape joining Florida ,Peur Torica and Bermuda at its three vertices . Neither the ships/aeroplanes nor their passengers ever found when passed near or through this region . Till now , many aeroplanes and ships have been under missing . This is often said that nearly 2000 ships and more than 75 aeroplanes have gone missing .
I wold also like to tell you that ,  Christopher  Columbus was the first person to tell about this mysterious Bermuda Triangle in his book . 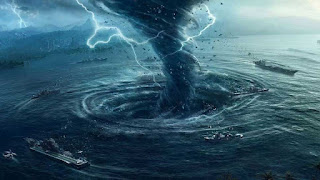 Why Ships Go missing in the Bermuda Triangle ?
What Scientists say about the missing of Ships and aeroplanes is that , according to them ,Weather is the main reason for all this .After studying of the weather near this region they found that , strong and giantly winds blow which reach to maximum of 170 miles/hr of speed .And in this situation , if any aeroplane passes through this region ,it loses its balance and the occurrence of an accident is obvious .
There are many articles and videos published on the web and YouTube ,so you can explore about them . Because our main topic of discussion in this article is Dragon Triangle . So let’s explore about dragon triangle .
About Dragon Triangle !!!!!!!
Friends this mysterious place also resembles a triangle, which joins Japan ,Philippines and Guam .  In the year 1950 , some ships of Japan were passing through this region carrying some goods , and they were mysteriously missing . Not even the dead body of any of the persons on the ship was found .
Curiosity Ki Duniya