We all know ,how much importance is of the Workers.  They are the Spine of the Country they reside in. The development of the country is only the Consequence of its Hard Workers.                                                            Though we are getting mechanised in this Developing and modern era ,but from Hospitals to High- Rise Sky Crappers ,from Roads to Bridges , from Khadanja to Six/eight Lane Highways, from Schools to Big Universities ,from Digging a small pond to making the Canals, from setting a pole to Building the World’s biggest Statue(give your ans. in the Comment.) all is because of the dedication of workers.

I don’t say the Workers to be working only in these Fields ,the ones who are giving their even a small portion of work for the development of the Country are also Workers ,though they can be called as Professional Workers.
So today we are going to tell you About the Day we dedicate to these responsible workers known as International Workers’ Day( अन्तर्राष्ट्रीय मजदूर दिवस) on May 1.

Note: We have provided some Hindi Quotes below that You can Share with your Friends and others to make them aware of this day. We are making these quotes Copyright free, but only of this post.

When And How it began ?
The Workers’ day Began with a Movement in America on May 1 in 1886. The movement of Workers was for  making their working hours to be fixed to 8 Hours ,otherwise they had to work for 15-15 hours a day. The same day they came out on the Roads with their demands of working hours and against the exploitation on them….
Many of them died in the Police Firing and more than 100 Workers were injured in this.
In 1889 , an International Socialist Summit was organised in which a proposal was passed to May 1 as Workers Day, and this Day will be Holiday  specially for Workers..
Many Countries Including India fixed the Maximum Working hours to be 8 (Hours.)
1.  In India ,the Workers’ Day began in 1923 by The Labour Kissan Party of Hindustan. This day Red Coloured Flag was dedicated for Workers Day….
2.  This was the Beginning of                                  Workers’ Moves led by                  Socialist Parties.  The Workers were Now Speaking about the Exploitation and the Problems they were facing ,Openly.
3.  Working Hours were fixed to 8.                    Hours.This Day Many Programmes were run for the wellbeing of Workers by Many Workers’ Groups.
4. ILO ( International Labour                    Organisation) to Organise various welfare based programmes for the Workers. This Day is Also Celebrate as
International Labour Day
May Day
Kamgaar Divas/Din
International Workers Day
Workers Day
5.  May 1 is also the Foundation Day            Maharashtra and Gujarat which were during Freedom part of the Province of Bombay. Maharashtra celebrates it as Maharashtra Divas ,and Gujarat as Gujarat Divas. 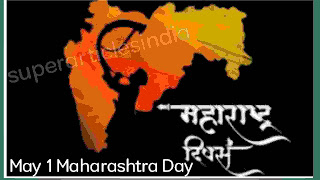