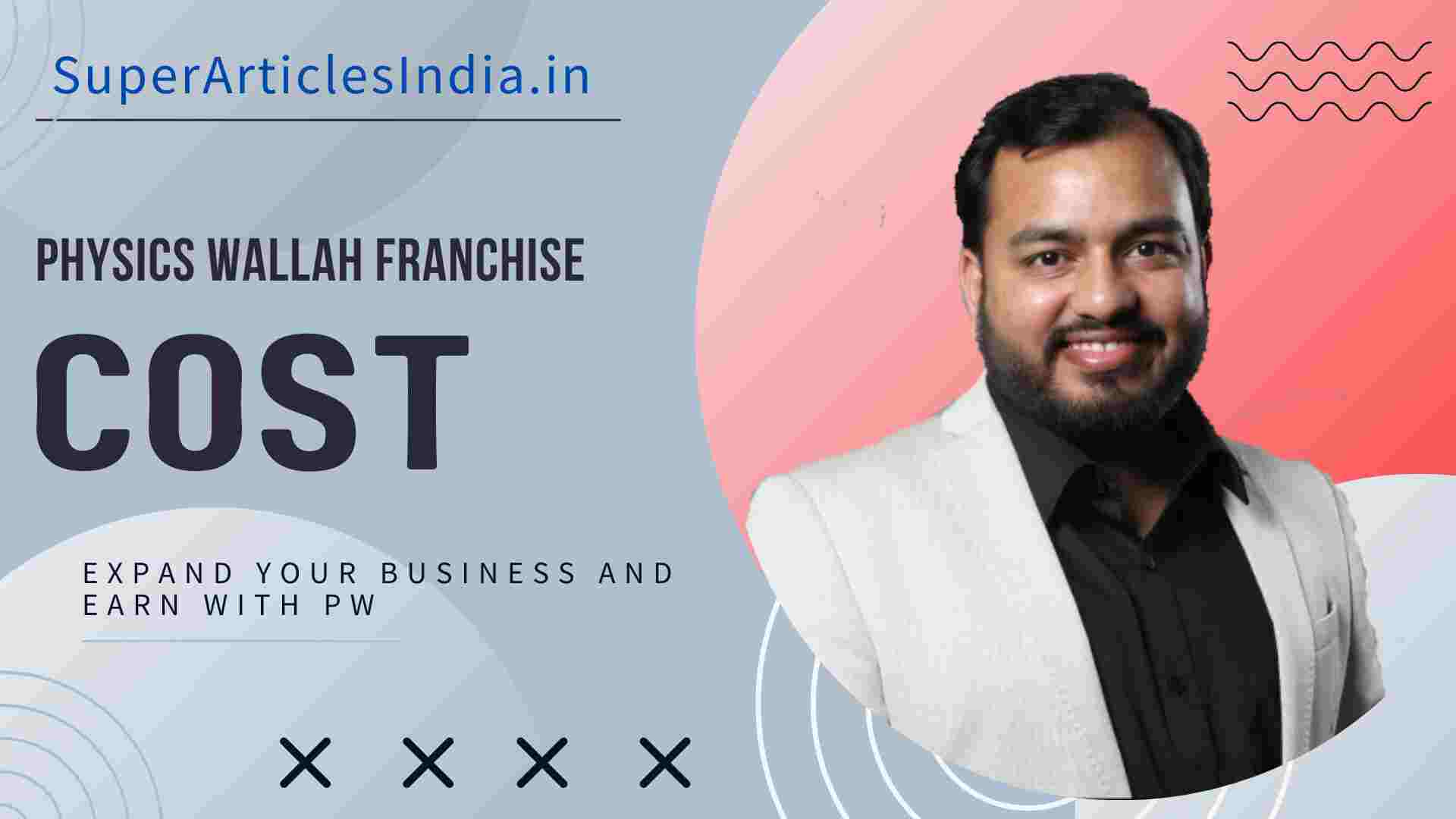 HI Everyone ,in today’s article we are going to discuss about the Physics Wallah pvt ltd franchise and other information.

Franchise is a kind of branch that a big company licenses to someone in the name of company itself. Such companies open franchises either they can’t reach that area or it is not that big city in terms of profit for the company. But it may sometimes be in opposition as well.

PW being a big edtech giant offers franchise model to the investors . They don’t have revealed anything about their franchise model and pricing. But it somewhat works in the general manner . The franchise cost is also not yet publicly available but it may varry from 4 to 15 lakhs subject to your already available resources .

How to reach for PW Franchise deal ?

They don’t have direct contact for franchise deals ,but there are certain ways through which you can reach them regarding franchise . You may DM Physics wallah pvt ltd via Instagram ,FB or to their officials via LinkedIn as well.

Who is Physics Wallah ? All about Alakh Pandey !

6 thoughts on “Physics Wallah franchise – Cost and other information . How to reach — SAI”